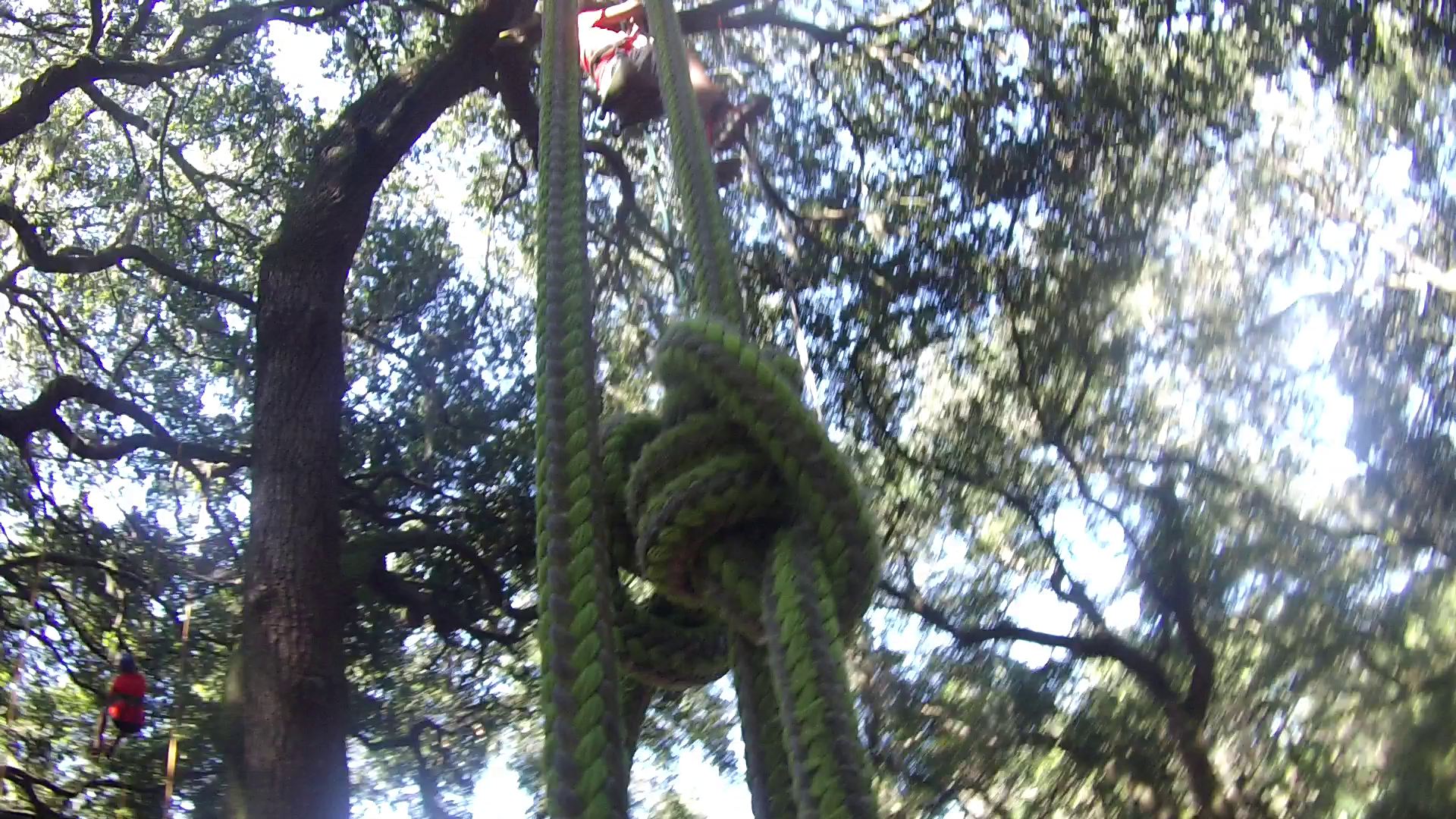 We recently gave a group of students the opportunity to engage in true confidence building. We taught them to tie the very knots that they and their fellow students would be climbing on. You should have seen their eyes when we told them they would climb on the same knots they just tied. “I’m going to climb on the knots I just tied,” they said. Talk about confidence building.

We had seen this particular group of students for three years in a row for multiple day programs. Each year the progression adds new dimensions, as the students grow and learn. This year we decided to progress the Recreational Tree Climbing event. In 6th grade, the participants climb for the first time. 7th graders get to share best practices with the 6th graders. We found that the 8th graders needed a new challenge.

We broke the 8th graders down into smaller groups of three and taught them how to tie some of the important knots for Tree Climbing. They practiced these knots multiple times until they demonstrated that they could tie them correctly. Then, the moment of truth was when they proceeded to climb on the very same knots that they had just tied. The best comment was, “Ok, are you going to retie this for me?” My reply was, “No, you did a fabulous job!” The 6th and 7th graders will also be using the knots that you all tied for their climbing session.” As the eighth graders tested their own knots and watched their fellow students climb on them, they learned to take pride in their work as they built confidence in their own skills.

Those wide beautiful eyes said that’s crazy, awesome, and scary all at the same time! An incredible discussion followed that session about how powerful they all felt to have that much trust and responsibility put on them to keep the 6th and 7th graders safe. You can’t ask for a better ending to a program than letting kids see their full potential. It was truly a powerful ending to a great day!